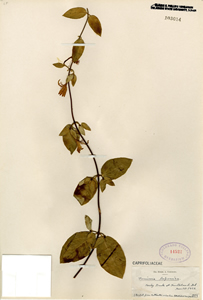 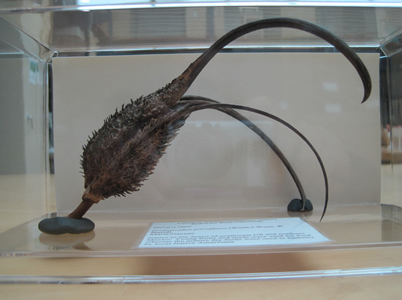 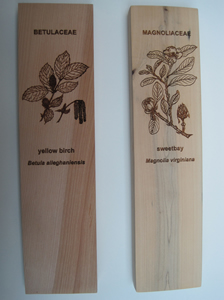 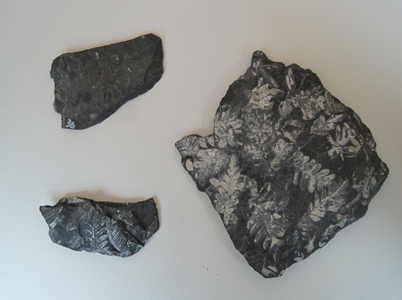 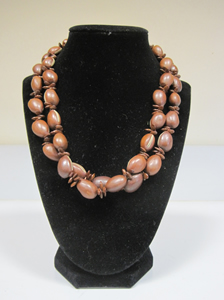 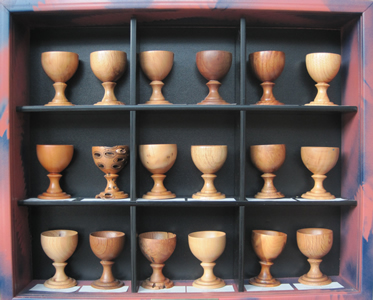 Collections at the Herbarium

The Claude E. Phillips Herbarium (DOV) holds diverse collections of plant materials that are intended for display, scientific research, teaching, education and other herbarium programs. All specimens are stored in tight-sealed cabinets (except those that are on display) in a climate-controlled environment. Below are the different plant collections preserved at and cared for by DOV.

DOV houses about 150,000 mounted specimens of vascular plants from around the world. Approximately 30% of DOV’s holdings represent the flora of the Delmarva Peninsula. This collection has a wealth of historical specimens from the southeastern and western parts of the United States, and from Mexico and Europe. Taxonomically, the collection is also rich in North American Cyperaceae and Lamiaceae, thanks to the efforts of R.F.C. Naczi and A.O. Tucker, respectively.

Families of angiosperms at DOV are arranged alphabetically and generally follow the publication of Vascular Plant Families and Genera compiled by R.K. Brummitt (Royal Botanic Gardens, Kew, 1992), except for the inclusion of Asclepiadaceae in Apocynaceae, Guttiferae in Clusiaceae, and the recognition of Nartheciaceae and Tofieldiaceae apart from Liliaceae. Efforts are underway to update the nomenclature according to the Angiosperm Phylogeny Group system, and consequently reorganize the herbarium, albeit still in alphabetical order, which is more user-friendly.

The non-vascular plants collection at DOV includes ca. 36,000 specimens of bryophytes and ca. 3,600 specimens of lichens. This collection is worldwide in representation and rich in Hawaiian specimens that were mainly derived from W.J. Hoe’s herbarium. In addition, DOV has also 305 specimens of freshwater and marine algae.

Established in 2000 at DOV, the Fruits, Cones & Seeds Collection contains 5,420 samples, many of which are associated with herbarium vouchers. This collection also includes commercial samples. Each sample is authenticated by the collector or commercial company, with the state or country of origin, and identified to at least genus, but most often to species.

The fungarium is comprised of ca. 1,020 specimens of fungi, with significant contribution by M.J. Maciarello, and 611 specimens of slime molds, mostly from H. Ling. This collection is largely North American but includes also some European and South American samples.

The Peiffer Xylarium was established in 2006 and named after Randel A. Peiffer, a retired professor at Delaware State University. It contains over 6,000 well-curated specimens of wood, mostly from North America but with very exotic ones too. A subset of this collection includes specimens that have their leaves, fruits, and both scientific and common names lasered into the surface of the wood. The specimens vary in size from 1/2’’ to 3’’ wide, 1/2’’ to 7’’ long, and 1/16’’ to 1/2’’ thick. They are composed of commercial and personal collections donated to DOV over the years and are authenticated by the collector, and include the county and state, or country of origin. Another subset of the collection is comprised of the wands of Harry Potter and wands of the world. Each wand in the Harry Potter collection is made from the wood of the species referred to in the books.

The Newlon Corticarium contains over 1,000 specimens of ca. 3” x 5” bark that are curated and accessible to the scientific community. It was established in 2008 and named after Charles J. Newlon, a retired USDA Forest Service and Adjunct Professor at Delaware State University (1988-2005). He taught dendrology and other forestry courses using the bark samples. The Corticarium began with a few samples from Delaware and Pennsylvania and grew in size with the transfer of 600 specimens from the Winterthur/Duke wood collection when it was discovered that they contained more bark than wood.

DOV houses a collection of various botanical artifacts that portray the uses of plants in everyday life. These objects are mostly decorative and include, for instance, a totem pole from Alaska, wooden egg cups from Australia, a bamboo and quartz hatchet from Brazil, and a desk set made of Chrysanthemum wood from China. All objects are curated as part of DOV’s collections and each sample is authenticated by the collector, with country of origin, and identified to at least family, but most often to species.

The Ruth Smith Botanical Bead Collection is a collection of 548 botanical jewelries from around the world, many of which donated by Ruth J. Smith, who collected them during her 35 years of global travels. One part of Ruth Smith’s collection was donated to DOV and another to Royal Botanic Gardens, Kew. The collection includes several types of botanical jewelry (e.g., bracelets, earrings, necklaces, pendants) made of carefully carved, ground up or entire plant parts. They are of cultural values, most often for decorative purposes but also for religious, healing, and superstitious reasons, and demonstrate how different societies incorporate plants into their everyday life. Established in 2005 at DOV, the collection is curated by species and country. Each sample is authenticated by the collector, with country in which the sample was collected, and identified to at least family, but most often to species (even the accompanying shells).

Established in 2006 at DOV, the Jane Funderburk Fibrarium is a collection of 577 plant, animal, manufactured and mineral fiber specimens, accompanied by 106 fiber samples mounted on microscope slides. Each sample is authenticated by the collector or commercial company, with the state or country of origin and identified to at least genus, but most often to species. The fiber specimens have been used in forensic activities.

Established in 2000, the Dried Botanicals Collection includes 2,000 specimens of dried plants of flavor/fragrance/medicine from the early to late 20th century into the 21st century. The collection is curated, and each sample is authenticated by the collector or commercial company, with the state or country in which the samples were collected, as well as identified to at least genus, but most often to species. The collection has been routinely used to identify materials for U.S. companies and government agencies. Contribution to the collection has come from various sources, including private citizens.

Established in 2004, the Potpourri Ingredients Collection contains 1,722 samples, most of which obtained from seizure at retail outlets in Delaware. The seizure was prompted by the discovery of beetle larvae (Chlorophorus strobilicola) in an infested pine cone at a Target store by a North Carolina’s Animal & Plant Health Inspection Service (APHIS) personnel that led the Plant Protection & Quarantine (PPQ) to issue a nationwide recall on pine cones. The potpourri samples seized in Delaware by the Delaware Department of Agriculture Plant Industries Section (DDA) were turned over to DOV for plant identification as well as for risk assessment. This led to the development of an illustrated LUCID software key for potpourri ingredients supported by APHIS.

The samples in this collection include potentially invasive or poisonous species, while others are known to be carriers of plant diseases that affect U.S. crops. Each sample in the collection is authenticated by the company and the commercial outlet where it was collected and identified to at least family, but most often to species. Current retail product consists mostly of lawn sweepings or industry waste from India, Thailand, Australia, and Brazil that have been bleached or stained and then scented with synthetic fragrances.

DOV’s plant collections include 112 fossil specimens, most of which are identified to genus. These fossils were collected from different sites across North America and range in date from the Devonian Period to the Middle Eocene, although many are from the Pennsylvanian Period (Pottsville Formation). Most specimens represent leaves, but a few are entire cross-section or 3 ft long section of tree ferns.

Within the herbarium, a library of more than 2,500 botanical books are available for consultation. These include scientific, popular and juvenile literatures and cover various topics related to plants. Many periodicals of broader scope have been transferred to the campus library, the William C. Jason Library, for increased public access. Both holdings at the herbarium and the campus library can be searched through the William C. Jason Library system.